The top one cut perfectly, assembled with glue and reinforced with inner squares; painted with several layers of pure white and synthetic primer. The bottom cut without ruler, fixed with misplaced screws and painted with a single layer in a very poor way. This one, as a stand of what would be the work: The standard base, but that in turn the whole set is the work. Therefore, What is the base? Does it exist? These pieces are located on the margins of art, giving the auxiliary elements the prominence and value of the work of art itself. 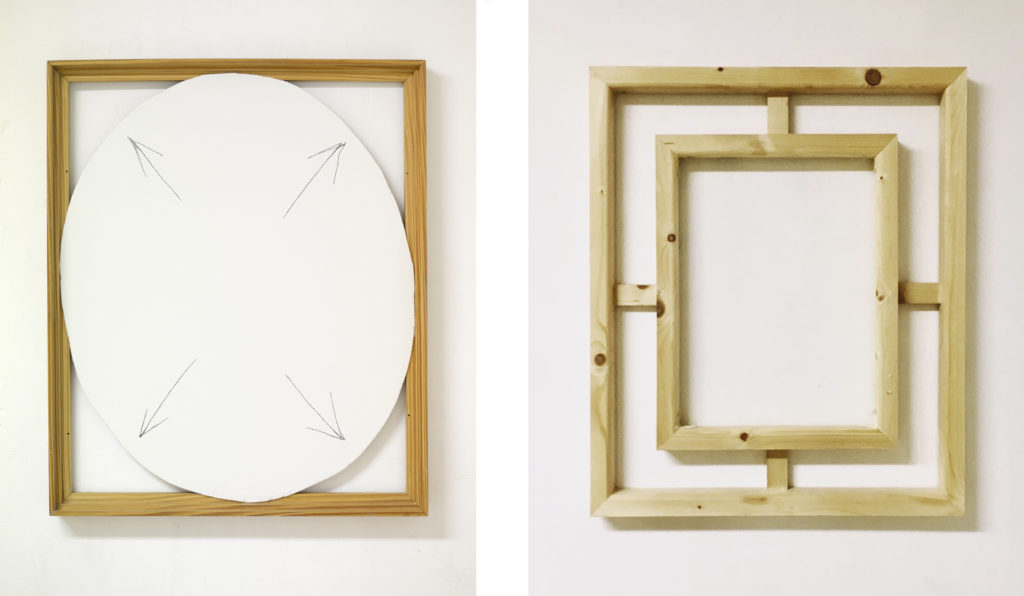 Graphite on wooden board circumscribed to a wooden frame. Following the line of the previous piece and working in the margins of the auxiliary elements, this creation is given from a framework found in the street, which in principle would force to reuse it with a work that adapted to its own measurements.

The interior, or auxiliary part in this case, is an ovoid wood printed in white and limited to the frame measurements. As much as the content ‘purports to be free’ to take a different shape than the rectangular one, it will still be subject to the assigned size. Hence the imposed signalling that marks the pre-established path. 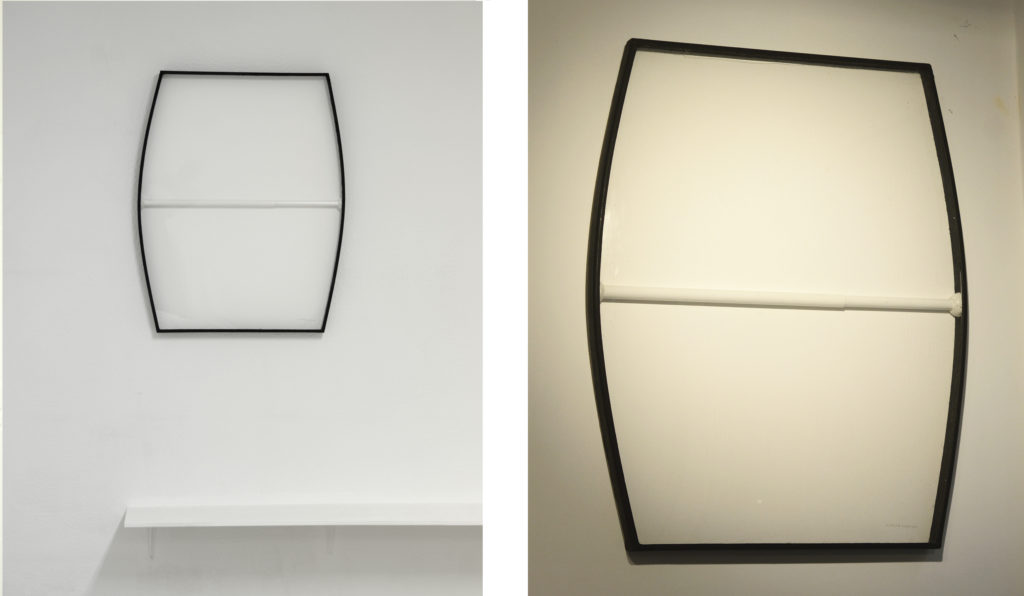 Mixed technique of a mental and physical expansion of 78x62cm that makes the surreal seem normal, taking on all the elements of the frame (edges, base and glass) the behavior established by a shower curtain bar larger than the frame.

Recording of the feedback generated by connecting the video camera and the television monitor, in turn projected with a projector on another projector. The images show very strange shapes originating between these two magnetic fields.

It is an approach to the interior of these two dimensions in an intermediate and usually unknown territory, but that science is able to interpret perfectly.

On the contrary, the ‘experts’ of paranormal phenomena claim that it is precisely in this “no man’s land” where the so-called psychoimages appear (+info). In this projection none of this appears, only suggestive and curious forms that move at great speed, as well as my own hand when entering in shot. The video is projected on another projector that acts as a receiving screen, in order to complete the discursive and aesthetic circle between the mysterious, the ironic, and the scientific.