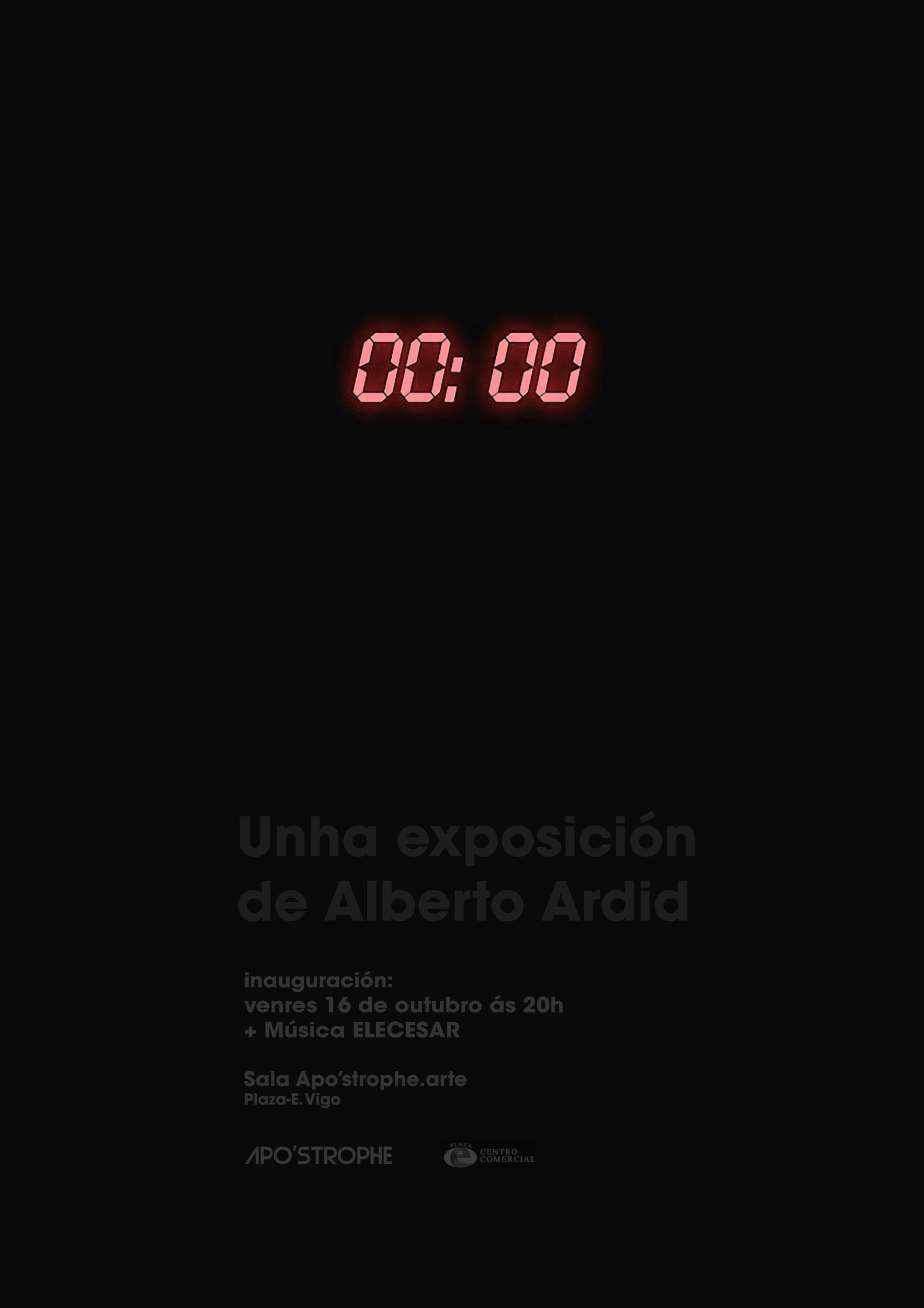 That moment when the clock count of a bomb ends showing 00:01 on the screen and keeps the 00:00 for a sustained period of time.

A moment in turn divided: the before and the after. Thousands of pieces of glass detaching from their previous unit to finish in other points. Everything is enveloped by a seemingly simultaneous shock wave, but with nuances of tenths, hundredths, thousandths or millionths of a second.

And each of these moments are also instants in which the movement apparently does not exist, as in the Arrow paradox of Zeno (which will never reach the bullseye), by progressively dividing time and trajectory into halves to infinity.

But the dynamite exploded, and the works shown in the room were somehow affected by a random violence. All except the bomb, which remains in an undetermined time between those zeros and the explosion.

00:00 is my second solo exhibition and, as in the first (Gravidade, Espazo Cubo. 2019) had as main themes space and construction, this time I place the exhibition on an axis between time and destruction, splitting the Apo’strophe gallery into two different moments that coexist in the same place. 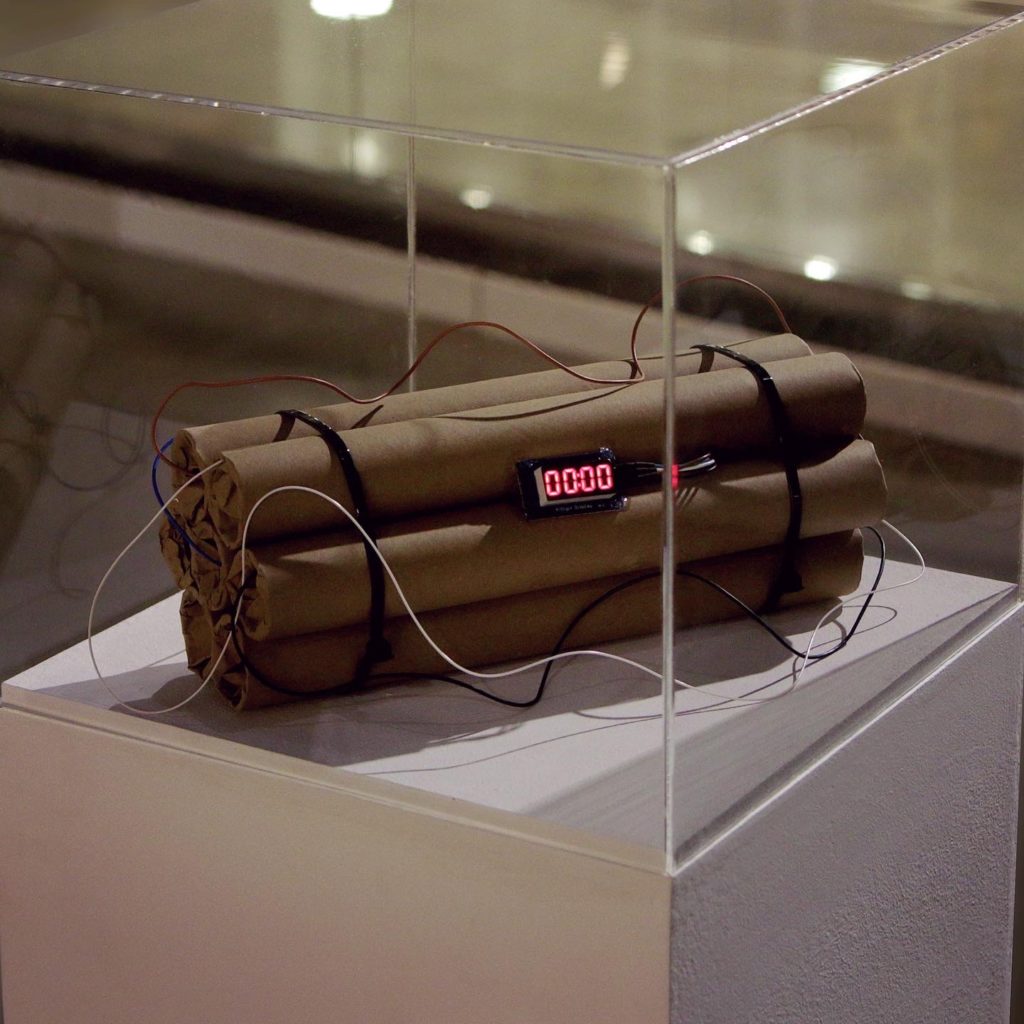